Take 20% Off Your First Order More details No code is required. The discount is applied at checkout. 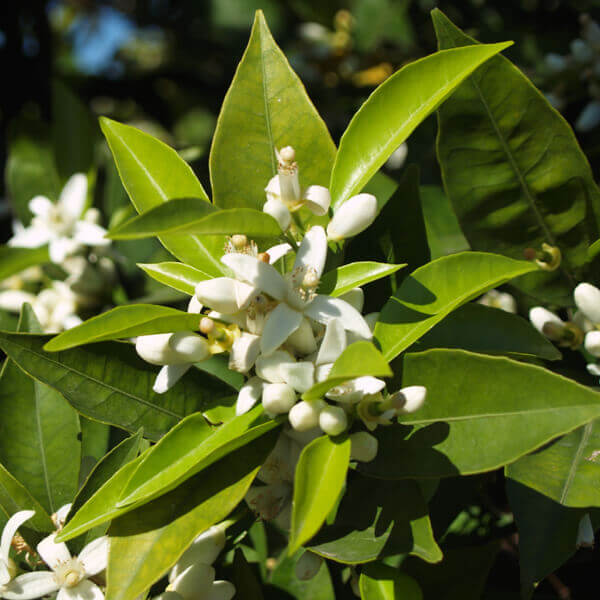 Hydrosol from bitter orange blossom (neroli water). This is extracted by distillation from the blossom of the bitter orange plant, which is also called sour or neroli orange. The name ‘neroli’ comes from the 16th century Italian prince of Nerola, who brought exquisite fragrances, including one made from orange blossom, as presents from his travels for his wife Anna-Marie de la Tremoille, who loved perfume. The hydrosol has a fresh floral aroma which is quite different from the fragrance of the orange fruit. It can be applied directly to the skin as a toner or refreshing mist, or used as an ingredient in cosmetic products for oily, acne-prone, couperose, red, sensitive, delicate and mature skins. Neroli water contains flavonoids, minerals, vitamins C, B1 and B2, as well as pro-vitamin A, biotin, diosmin and niacin. It helps to prevent premature wrinkles by protecting the skin from collagen and elastin degradation, and demonstrates antioxidant properties. It normalises the function of the sebaceous glands and sebum secretion, has an antibacterial effect, cleanses and tones up the skin, and tightens skin pores, which is particularly beneficial for oily and acne-prone skin. In addition, it reduces the permeability of capillary walls, minimising skin redness and soothing inflammation. The hydrosol imparts a sensual fragrance to cosmetic products and has a relaxing effect, helping to relieve tension and stress. 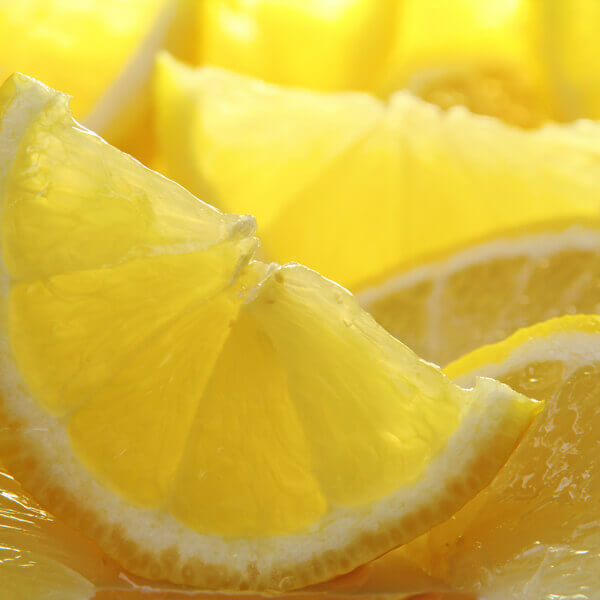 The hydrosol from the rind of the lemon fruit is extracted by distillation from the fruit of Citrus limonum Risso (L.) Burm. It can be used as a cosmetic ingredient, or applied directly to the skin as a toner. It contains vitamin C and alpha hydroxy acids at low concentrations, as well as carotenoids, biotin, folic acid, riboflavin and thiamine. It is a rich source of flavonoids which enhance the effects of vitamin C. It demonstrates cleansing, antioxidant, anti-inflammatory and astringent properties. It strengthens fragile capillaries and reduces their permeability, prevents swelling and improves skin elasticity. It enhances the appearance of skin, making the complexion refreshed and radiant. It is used in cosmetic products for sensitive skin with broken capillaries, irritations, acne or inflammation. Its delicate refreshing scent has a relaxing effect. 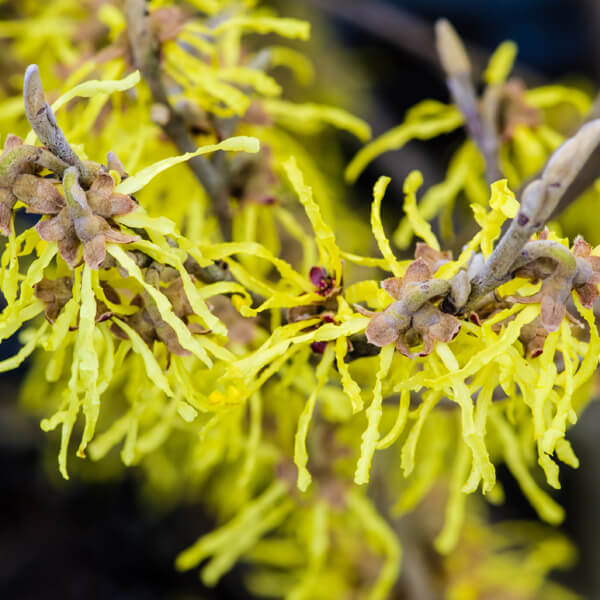 A hydrosol obtained from the leaves of witch hazel. Witch hazel is a deciduous shrub which can grow up to 6 metres tall. It blooms in autumn and bears fruit when it starts shedding leaves. Witch hazel is native to Canada and the north-eastern part of the US. Native Americans used the anti-haemorrhagic and astringent properties of the plant to stop bleeding and treat inflammation and haemorrhoids. Early European settlers in North America adopted witch hazel from the natives and used it as a remedy for diarrhoea and dysentery. Witch hazel bark soaked in whiskey was often applied directly to open wounds to fight infections and promote healing. Today, witch hazel bark and leaves are still used in folk medicine to relieve gastrointestinal problems and treat wounds, damaged tissues and broken capillaries. Witch hazel is also an effective remedy for rosacea and hot flushes during the menopause. The extract of witch hazel leaves can also be applied externally to treat eye infections and soothe itching from insect bites and stings. Witch hazel has been listed as a patent-protected cosmetic product and medicine since the 19th century. Thanks to its cleansing, softening and astringent properties, it is excellent for use on skin which is sensitive and oily at the same time. Applied to dry or irritated skin, witch hazel extract stimulates the blood supply, refreshing and soothing the skin and evening out its tone. Because of a high concentration of phenolic compounds, which are effective antioxidants, witch hazel leaf extract is also widely used in anti-aging and after-sun skin care. 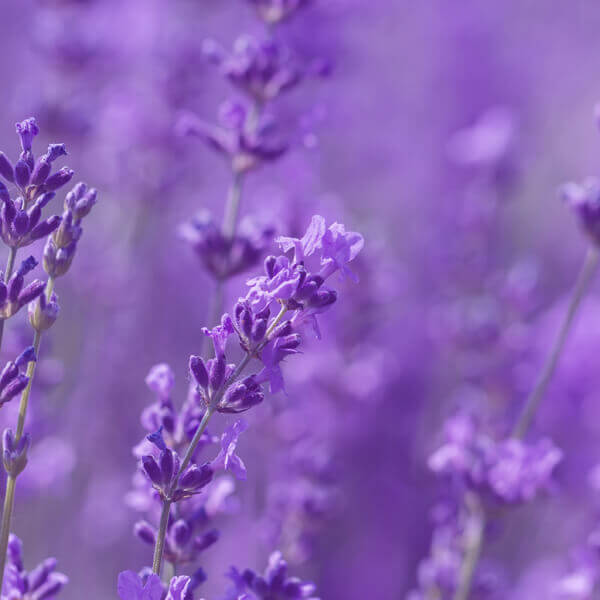 Lavender hydrosol is produced by steam distillation of lavender flowers which come from the Lavandula angustifolia (English or narrow-leaved lavender) variety. It has soothing, healing, antioxidant, regenerating and antiseptic properties. The hydrosol is recommended for all skin types, including oily, acne-prone, dry and mature skin, as well as for the skin which is delicate or damaged. The hydrosol’s major constituents – linalool and linalyl acetate – are quickly absorbed by the skin. As well as these, lavender hydrosol also contains small amounts of an essential oil containing terpenes, which have a short-term effect on the structure of the cornified epidermis layer, increasing epidermal permeability and promoting the penetration of cosmetic actives. Due to its scent, the hydrosol has a relaxing and revitalizing effect on the human body. For this reason, it is particularly recommended for use at bedtime. It also strengthens hair follicles, reducing hair loss and stimulating hair growth, as well as protecting the hair shaft itself and preventing colour fading due to sun exposure. 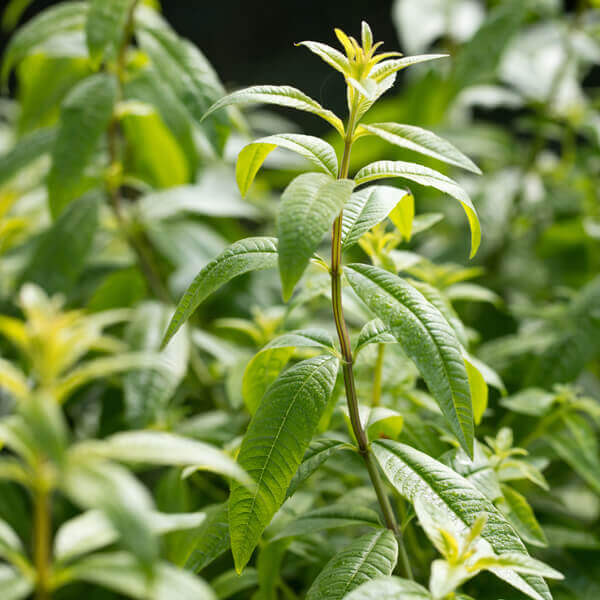 A hydrosol obtained from the leaves of the verbena plant. Verbena, also called vervain, is an inconspicuous tall plant with long stems bearing sparse leaves and topped with small flowers. It spreads easily on sunny wastelands and roadsides all over Europe. For centuries, verbena has been regarded as a sacred herb. It was said to ward off evil, and thanks to its association with the divine and other supernatural forces, it was believed to inspire creativity in artists, and increase potency in men. At the same time, it was used as a contraceptive by women. It was placed on altars in honour of Venus and Diana, and used for ritual air purification. Necklaces of verbena were worn for protection from headaches. The plant was also attributed with relaxing, antidepressant and sleep-promoting properties. It was believed to increase vitality and promote overall health. Verbena was valued by the Celtic Druids, who used it for divination and for ritual purification of their sacred sites. It was also used by the Celts to relieve toothache and rheumatic pain, treat bladder ailments and promote wound healing. In the Middle Ages, verbena was associated with witchcraft and magic. It was employed in preparations used to chase away diseases caused by demons, and in charms and aphrodisiacs brewed by witches. A few centuries later verbena gained a reputation for warding off vampires. In folk medicine, an infusion of the dried herb was used for headaches, fever, bladder ailments, insufficient lactation and nervous exhaustion. It was also applied topically onto minor injuries and wounds. Verbena spread to Asia and Japan, and the first settlers brought it to North America. In Ayurvedic medicine, it was used for oral hygiene and tooth and gum strengthening, as well as for contraception. Today, verbena is still used to alleviate headaches and migraines, treat nervous disorders and convulsions, improve digestion, and treat the common cold, fever, influenza and eye inflammation. It promotes lactation but should not be used during pregnancy. Due to its high content of tannins and water-binding mucilage, verbena extract has a very strong softening and astringent effect, which makes it a valuable ingredient in products which promote the healing of wounds, bites and other skin injuries. Verbena extract forms a protective antiseptic film on the skin surface, promoting tissue regeneration. Verbena is also an excellent calming ingredient which is used in milks and toners for sensitive and irritated skin. Verbena is added to oral hygiene products because of its ability to strengthen the teeth and gums. 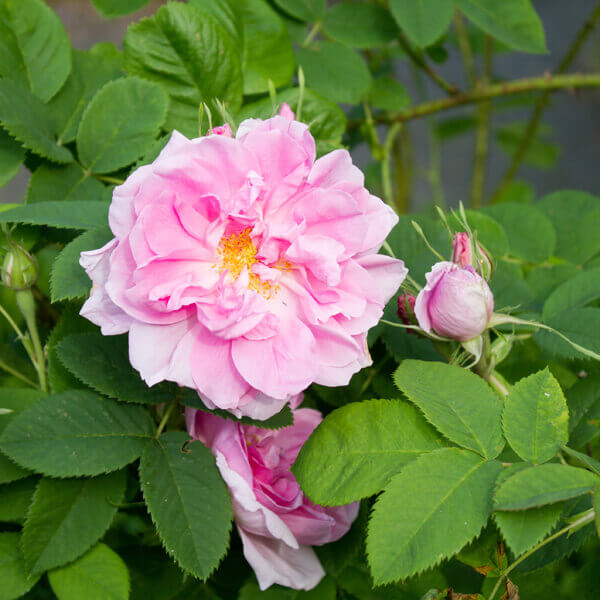 Damask rose distillate (Damask rose water) is produced from flower petals by steam distillation during the production of rose essential oil. The Damask rose is a hybrid derived from the musk rose and the French rose. It is cultivated in Turkey, Russia, Pakistan, India, Uzbekistan, China and the famous Valley of Roses in Bulgaria, where the most fragrant raw material of the best quality comes from. It is considered one of the most luxurious and expensive plant materials. Damask rose hydrosol has a deep rose aroma with sweet honey overtones. It contains flavonoids, tannins, saponins and trace quantities of essential oil. Applied externally, it has a refreshing, moisturising, soothing and antiseptic effect on the skin. It is also used as an alternative to water in a wide range of skin care products, adding variety to the formulations. It improves the overall condition of skin. It is an antioxidant which prevents wrinkles and loss of firmness, making the skin smooth and nourished. It also strengthens blood vessels and relieves irritation and swelling, e.g. around the eyes. Damask rose distillate is recommended for dry, sensitive and mature skin, as well as for oily and acne-prone skin (including skin with rosacea). It is also used in hair care products and deodorants for its aroma and antibacterial effect.

up
Shop is in view mode
View full version of the site
Sklep internetowy Shoper.pl